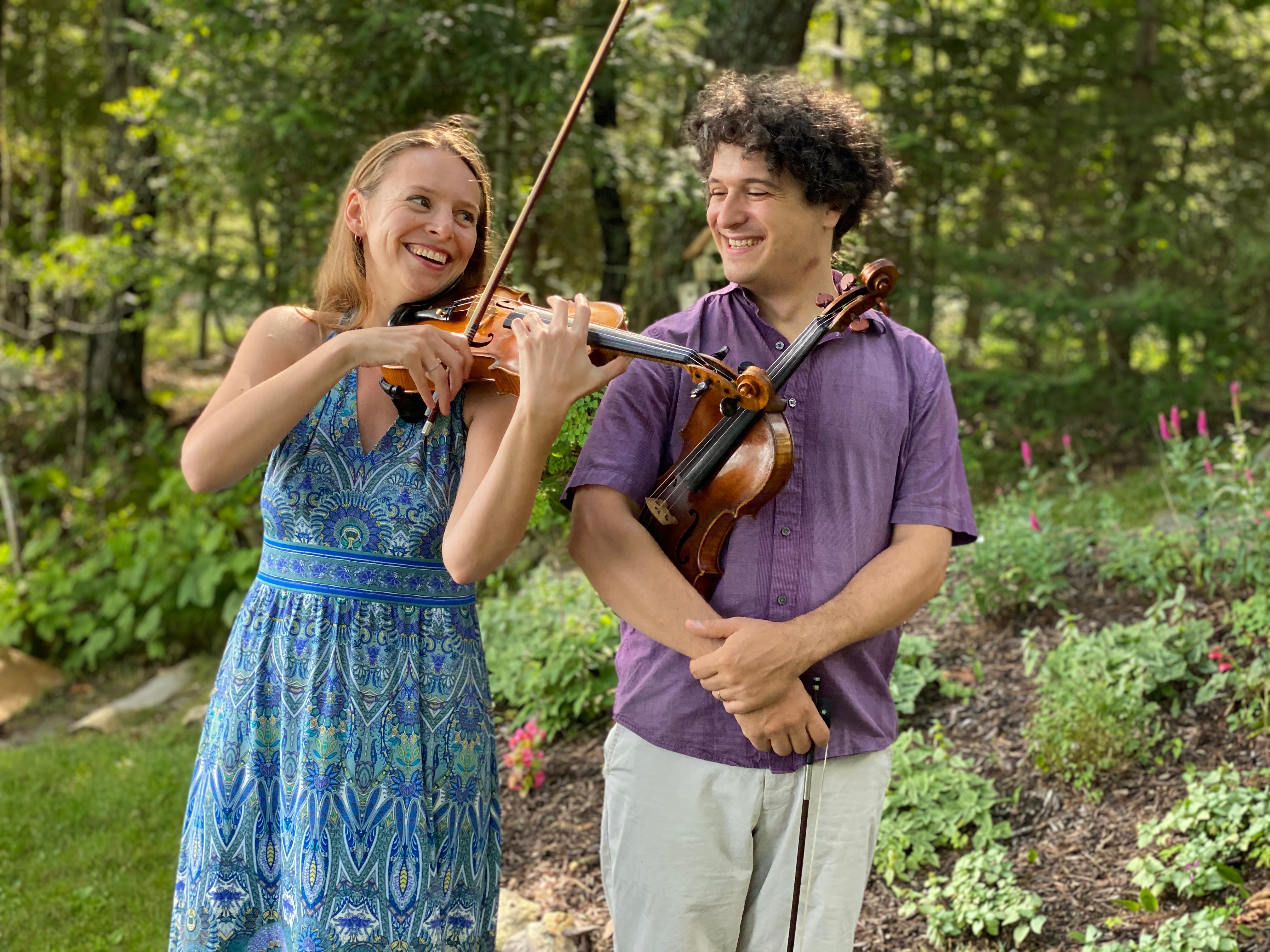 The Rebekah Wolkstein & Drew Jurecka duo has performed at Harbourfront's Summer Music in the Garden, Xenia Concerts, National Arts Centre's 'Canada Presents' series. Rebekah and Drew have made a name for themselves in their projects, Payadora Tango Ensemble and Venuti String Quartet.

Individually, they are sought after as performers and recording artists in a variety of genres. Rebekah has performed and toured with Toronto Symphony, National Ballet of Canada and Canadian Opera Company. Drew is a staple of the Toronto Jazz scene and has recently made a name for himself as an arranger. His arrangements have been performed by Toronto Symphony, National Arts Orchestra and have been featured on platinum selling albums.

They teach at Humber College where they helped to create a unique strings program. Multi-instrumentalists, Drew and Rebekah play woodwinds, strings, sing, compose and arrange their own music. In their duo performance, they share their many skills. They have been performing as a duo together since 2001 while students at the prestigious Cleveland Institute of Music. They performed twice a week as strolling musicians at an Italian restaurant during this time.

They became comfortable taking requests, improvising and playing all genres of music. Now married, they have three young daughters, two of whom play the violin. They have been producing family music videos during covid.