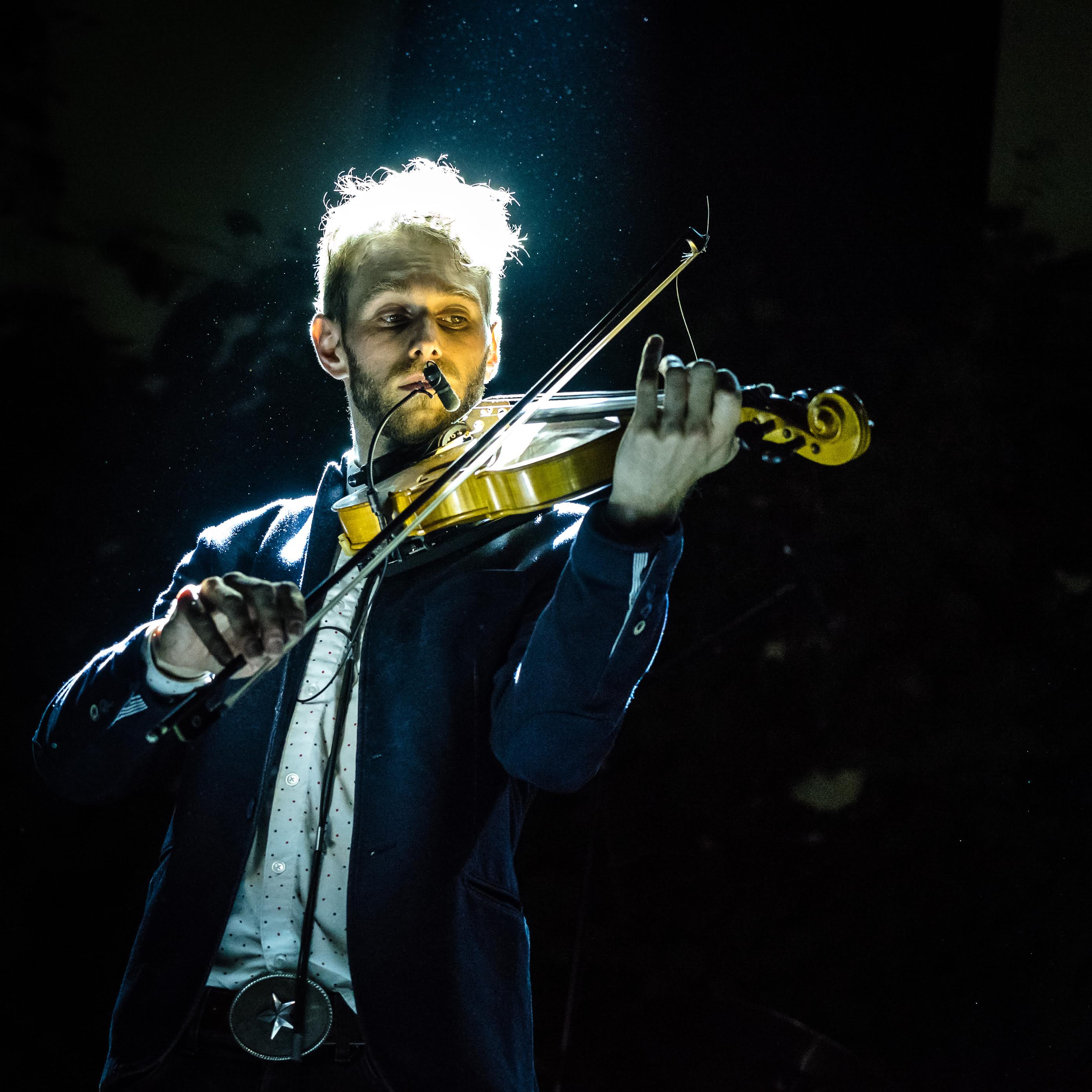 Reared in the mountains of Canada's northwest, and steeped in study under the great traditional musicians of India, Scandinavia, Siberia, and Bulgaria, Jaron Freeman-Fox forms a new narrative of what the violin is capable of, and compels the listener to take his unique refraction of world music on it's own terms.

Jaron's singular style was encouraged from an early age as an apprentice of Canada's renowned fiddle pioneer, the late Oliver Shroer who's violin Jaron still plays.

Jaron went on to study Carnatic classical music in South India, hardanger fiddle in Norway, Morin Khuur in Mongolia, and Gadulka in Bulgaria. Synthesizing his myriad influences, Jaron's own band Jaron Freeman-Fox & The Opposite of Everything, toured tirelessly from 2011-2017 across North America, Eastern and Western Europe, Asia and Australia.

The band's self-titled album garnered 3 Canadian folk Music Awards, the instrumental category for the Independent Music Awards and the International Songwriting Contest.  Since receiving the the KM Hunter Award for excellence in Music, in 2017, Jaron has been busy producing records for many projects including his own, while developing a new repertoire and electro-acoustic performance environment, based around his customized 12-string viola d'amore and fretless guitar.