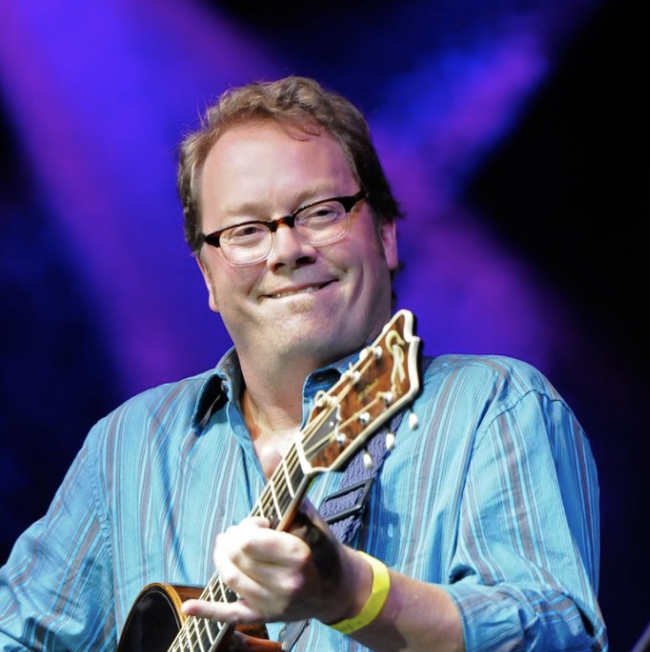 teeped in roots music, Rick Fines crafts a unique blend of warm-hearted blues, juke joint folk, and dockside soul that both embraces and defies the genres that influence him. As a veteran of the North American blues and folk circuits, he engages audiences with captivating songs, diverse guitar styling and his signature vocal growl.

Rick’s storied career has seen him working in stellar collaboration and as a successful solo act.  First gaining attention as part of the legendary Jackson Delta, he’s since released four solo albums, another with his own Rick Fines trio, and a critically acclaimed disc with fellow troubadour, Suzie Vinnick.  Along the way he has racked up both awards and accolades.  His 15-year stint with Jackson Delta received both Juno and Handy award nominations.  His partnership with Suzie garnered a Maple Blues Songwriter of the Year Award.  On his own, he’s pulled in two more Maple Blues Awards (for Solo Act of the Year), as well as an astonishing eight other nominations.  While his songwriting chops won him a 2003 International Songwriting Competition, he’s equally proficient on guitar – having played for legendary blues piano player Pinetop Perkins, songstress Colleen Peterson, folk icon Penny Lang, and many others.

Equally at home alone at the microphone or leading a stage of fellow players, Rick has performed everywhere from the National Gallery and Governor General’s Garden Party to Montreal Jazz, Ottawa BluesFest, the Edmonton Folk Festival, and the New Orleans Jazz and Heritage Festival. International tour highlights include visits to France, Italy, Scotland, Newfoundland, BC’s Gulf Islands, and the Northern Arctic.

Rick believes in the transformative power of music.  When not performing, he can be found teaching and sharing with students across Canada – including work with the Blues In The Schools programs in Ottawa, Saskatoon, Toronto, and Yellowknife.  He’s also participated in the Ontario Arts Council’s Artists in Education program.

His newest album, Driving Home, is his most eclectic and electric to date.