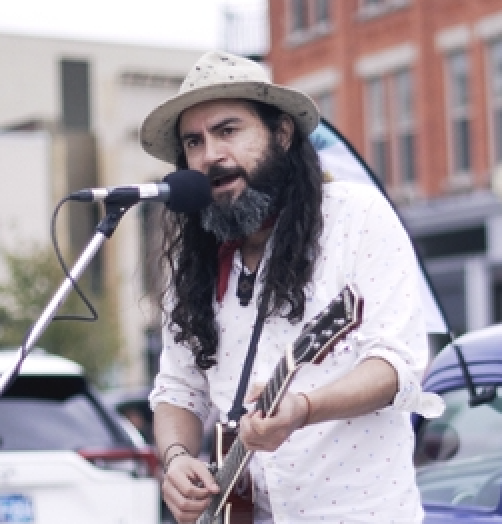 JUNO Award winner, Quique Escamilla, was born and raised in the tropical southern lands of Chiapas, Mexico. Today, he is an internationally accomplished multi-instrumentalist and singer-songwriter based in Toronto.

Quique breaks down language barriers through his powerful voice and passionate delivery while fusing traditional Mexican styles of music such as ranchera and huapango with contemporary sounds of rock, reggae, pop, jazz, cumbia, bolero and a variety of sounds from around the globe.

His 2019 album release, Encomienda, represents Quique’s “mestizaje of the Music of the Americas”, and the wide range of genres in Encomienda are to support the world's diversity of culture, colour, race and language. Using his voice and instrument he tells stories designed to decimate xenophobia and borders.

Quique takes his Chiapas roots and his Zapatista-influenced message around the world chanting: "We want a world where many other worlds fit in."