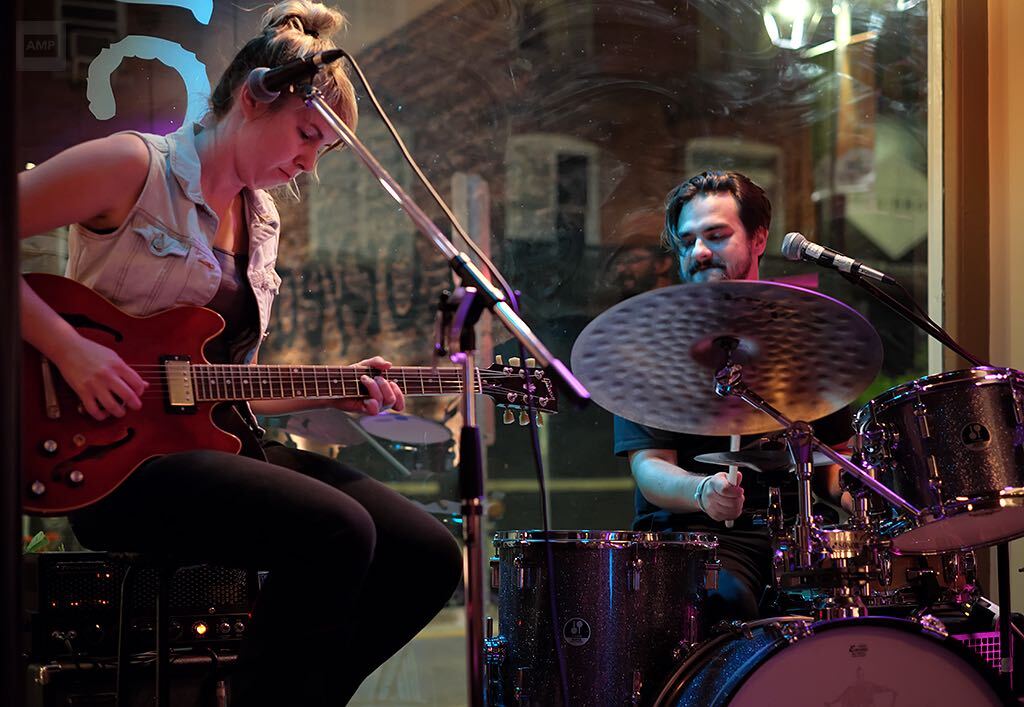 Emily Burgess & The Emburys were named ‘Best New Group' at The Maple Blues Awards in 2019.

At the heart of this Peterborough Ontario group is creative songwriting, harmonies, and a sound that is as dynamic as it is inventive.

Emily Burgess (guitar/vocals), and Marcus Browne (drums/vocals) have steered the ship of this mighty little group since 2017, with Dawson McManus joining on bass in 2019. In very short order the band has travelled every direction, criss-crossing the continent and wowing audiences with their big sound and unassuming nature.

Renowned Canadian/American rockers The Weber Brothers produced Burgess' first album, ‘Are We in Love?', which CBC music journalist Bob Mersereau called "A Big Winner". The band's recently released follow-up album, 'Never-Ending Fling', is a twisting and turning roots-rock journey not to be missed!

‍
Emily Burgess and Marcus Browne will appear as a duo for Curbside Concerts.