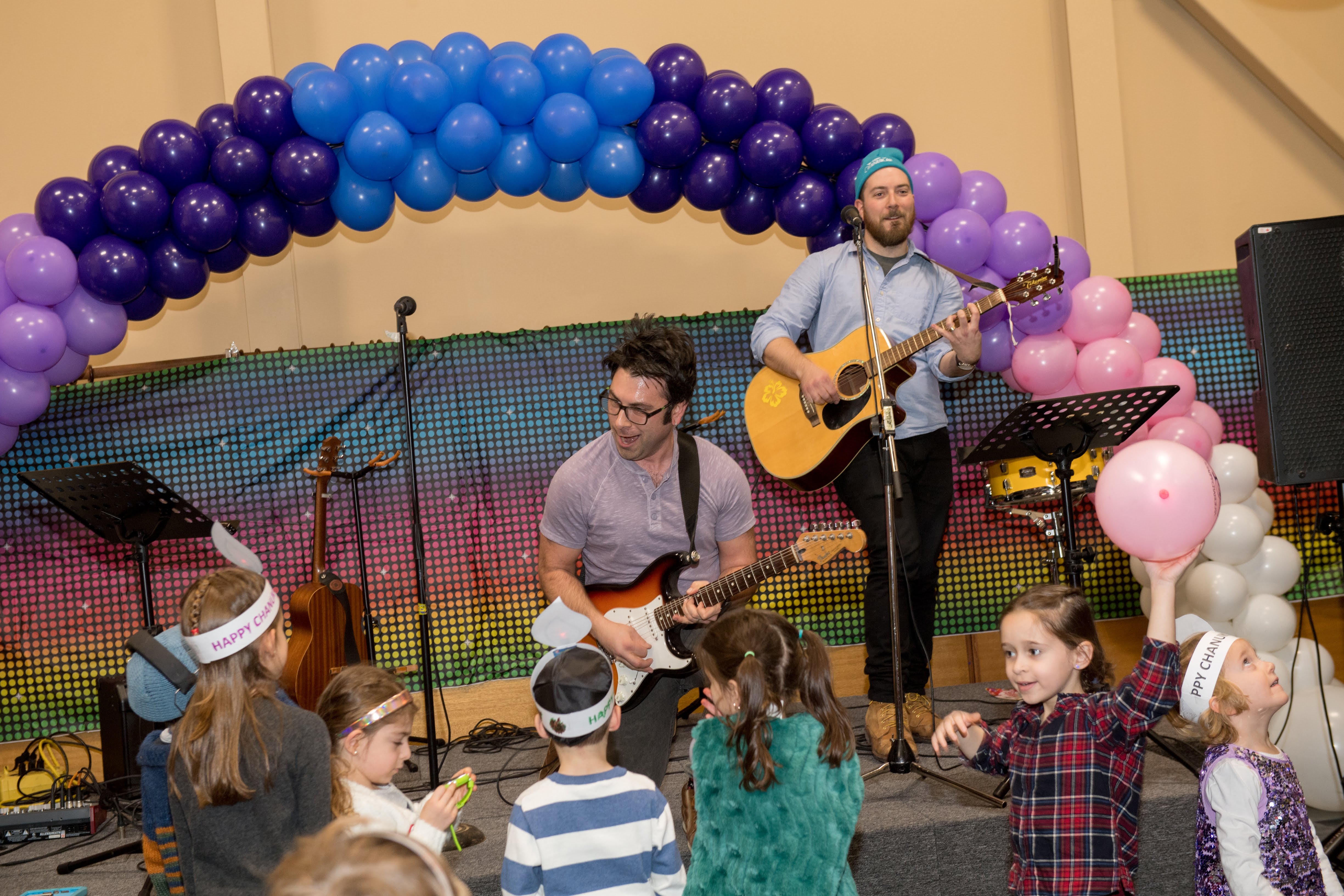 They released two albums in the early 2000s as part of Winnipeg indie rock band the Imperial Public Library and have been playing a set of folk-rock Chanukah songs for families since 2013. The duo have also played schools, synagogues, and other children's events!